The Animal Health Protection Act of Quebec is what we can call a rag. Well that’s what the Sureté du Quebec once called it while comparing it to the Criminal Code.

So let’s examine the P-42 so that it can be put to the test using the Charter of Quebec. We shall also examine the PRU and CCM cases, where a loophole in the P-42 allows MAPAQ to get a disposal order from the Court of Quebec.

A justice of the peace may, however, order the period of seizure extended by not more than 90 days.

However, if the owner or custodian of the animal is unknown or cannot be found, the seized animal shall be confiscated by the seizor, but not before the expiry of seven days after the date of seizure. It shall then be disposed of by the seizor.

55.9.11. Upon the service of a statement of offence, the seizor shall, except where an agreement has been made with the owner or custodian of the animal, apply to a judge of the Court of Québec or of a municipal court for permission to dispose of the animal.

Prior notice of the application, of at least three clear days, shall be served on the person from whom the animal was seized, and he may contest the application.

The judge may order that the animal be confiscated if the applicant fails to comply with the terms and conditions of payment of the advance, and he shall return the animal to the seizor for disposal.

Here in article 55.9.11, one can assume it’s existence is to avoid having to wait out the 90 days’ grace period leading to a future trial date (perhaps a year later), therefore releasing the animal(s) for “disposal”. If someone wants to defend the charges in Court, they are forced to pre-pay the boarding fees until the trial date.

55.21. The owner, custodian or possessor of what has been seized may apply to a judge to obtain the release of it.

The application shall be served on the seizor or, where proceedings are instituted, on the prosecutor.

Court costs will inevitably be incurred to the owner if he decides to apply for a release of his animal(s), prior to a disposal order being sought by the seizor. Whatever happened to being innocent until proven guilty? Obviously with this P-42, it doesn’t matter.  That’s how Anima-Quebec and MAPAQ fund themselves. Sophie exposed this loophole back in August of 2011 to Natalie Hebert of MAPAQ who refused to enforce it at the time. Sophie wanted MAPAQ to seize a pack of dogs in Lachute and while they studied the case, the dogs would be cared for.

Instead they used this loophole to legally plunder PRU and the CCM, yet they ignore O’Ranch and the two packs of dogs living outside (that we know of). One in St-Lin and another near Ste-Elisabeth. Since Sophie introduced the loophole to MAPAQ, let’s introduce the Quebec Charter against MAPAQ.

6.(1) Where an enactment creates an offence and authorizes a punishment to be imposed in respect of that offence,

So this bring me to question whether the P-42 is even legal. In both cases (PRU & CCM), neither Judge were interested in the trial proof versus the boarding fees. The CCM Judge didn’t allow various arguments because the Attorney General of Quebec wasn’t present, therefore constitutional arguments were not allowed. PRU settled out of Court in order to avoid paying the boarding fees and to simply start again, as it legally can. As a business move, that was the logical option since re-stocking was cheaper. The CCM doesn’t have a trial date yet, but his dogs are being sold. Boarding fees are punishment, a financial injury caused by MAPAQ, therefore a legal plunder.

Men naturally rebel against the injustice of which they are victims. Thus, when plunder is organized by law for the profit of those who make the law, all the plundered classes try somehow to enter — by peaceful or revolutionary means — into the making of laws. According to their degree of enlightenment, these plundered classes may propose one of two entirely different purposes when they attempt to attain political power: Either they may wish to stop lawful plunder, or they may wish to share in it.

Woe to the nation when this latter purpose prevails among the mass victims of lawful plunder when they, in turn, seize the power to make laws! Until that happens, the few practice lawful plunder upon the many, a common practice where the right to participate in the making of law is limited to a few persons. But then, participation in the making of law becomes universal. And then, men seek to balance their conflicting interests by universal plunder. Instead of rooting out the injustices found in society, they make these injustices general. As soon as the plundered classes gain political power, they establish a system of reprisals against other classes. They do not abolish legal plunder. (This objective would demand more enlightenment than they possess.) Instead, they emulate their evil predecessors by participating in this legal plunder, even though it is against their own interests.

It is as if it were necessary, before a reign of justice appears, for everyone to suffer a cruel retribution — some for their evilness, and some for their lack of understanding.

The Results of Legal Plunder

It is impossible to introduce into society a greater change and a greater evil than this: the conversion of the law into an instrument of plunder.

What are the consequences of such a perversion? It would require volumes to describe them all. Thus we must content ourselves with pointing out the most striking.

In the first place, it erases from everyone’s conscience the distinction between justice and injustice.

No society can exist unless the laws are respected to a certain degree. The safest way to make laws respected is to make them respectable. When law and morality contradict each other, the citizen has the cruel alternative of either losing his moral sense or losing his respect for the law. These two evils are of equal consequence, and it would be difficult for a person to choose between them.

The nature of law is to maintain justice. This is so much the case that, in the minds of the people, law and justice are one and the same thing. There is in all of us a strong disposition to believe that anything lawful is also legitimate. This belief is so widespread that many persons have erroneously held that things are “just” because law makes them so. Thus, in order to make plunder appear just and sacred to many consciences, it is only necessary for the law to decree and sanction it. Slavery, restrictions, and monopoly find defenders not only among those who profit from them but also among those who suffer from them.

How to Identify Legal Plunder

But how is this legal plunder to be identified? Quite simply. See if the law takes from some persons what belongs to them, and gives it to other persons to whom it does not belong. See if the law benefits one citizen at the expense of another by doing what the citizen himself cannot do without committing a crime.

Then abolish this law without delay, for it is not only an evil itself, but also it is a fertile source for further evils because it invites reprisals. If such a law — which may be an isolated case — is not abolished immediately, it will spread, multiply, and develop into a system.

The person who profits from this law will complain bitterly, defending his acquired rights. He will claim that the state is obligated to protect and encourage his particular industry; that this procedure enriches the state because the protected industry is thus able to spend more and to pay higher wages to the poor workingmen.

Do not listen to this sophistry by vested interests. The acceptance of these arguments will build legal plunder into a whole system. In fact, this has already occurred. The present-day delusion is an attempt to enrich everyone at the expense of everyone else; to make plunder universal under the pretense of organizing it.

So with the P-42 as it stands now, it is impossible for one to maintain that he/she is innocent without having to pay the fees prior to being proven guilty. This can therefore “damage” one’s reputation if he/she cannot afford to pay such boarding fees prior to trial. MAPAQ wrote it, they can do as they want. Sophie still ponders it’s legal validity, therefore she’ll be once again asking the Superior Courts for a declaratory answer. Politicians wrote laws, the Superior Courts can erase laws.

We can rip the P-42 to shreds, equality, the right of use, etc… Just about every article violates another law, be it the Quebec & Canadian Charters, Quebec’s Civil Code and even the Criminal Code. How can the P-42 not have any laws regarding shelter when the Criminal Code does? This means criminal charges can be laid on the system when they ignore the Criminal Code!

Bad laws are the worst sort of tyranny. 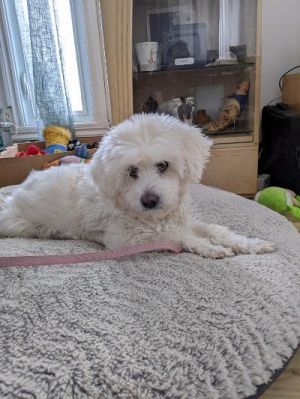